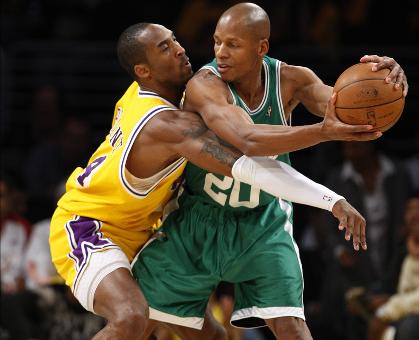 Never underestimate the heart of a champion, nor their legs apparently.

This was supposed to be the year LeBron James and Kobe Bryant would finally meet in the NBA Finals. It was supposed to be the year all those hard playoff games caught up with Kobe, and as his greatness ebbed, LeBron’s era would be ushered in with his first NBA championship, just as Michael Jordan‘s first championship came over Magic Johnson in 1991.

And was supposed to be the year Father Time slammed the window of opportunity shut on the Boston Celtics. The Celtics limped into the playoffs, losing 7 of their last 10 games of the regular season, and were supposed to be too old to advance past the second round.

I think it’s safe to say NBA predictors aren’t as brilliant as they would like us to think they are.

Even now, with just one game left, the art and science of predicting its outcome is pretty much the same as calling, “Tails!” while the coin is in the air.

In fact, anyone who claims to know who is going to win game 7 is just trying to call attention to himself, because there is no statistical or other information-based way to really predict tonight’s outcome. 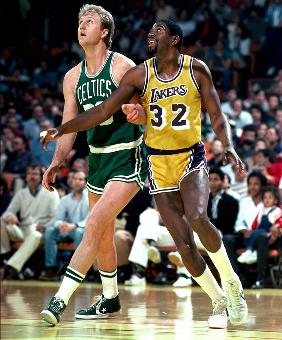 Earlier today on NBATV, they informed us that …

Based on that, you’d think NBATV was predicting a Celtics victory tonight, however —

NBATV also informed us that …

Based on those numbers, you’d think NBATV was predicting a Lakers victory!

The only thing all those numbers mean is that they are completely meaningless.

When it comes to winning, the only thing that matters is what players bring when they step between the black lines.

Counting the NBA preseason, regular season and post season, both the Boston Celtics and the Los Angeles Lakers have played exactly 113 games to get here. Along the way, both teams learned to play and to win without key players.

Kendrick Perkins is certainly an important loss for the Celtics, but then again Rasheed Wallace and Glen Davis combined  for zero points on 0 of 10 shooting. There is no where to go for them but up in game 7, and both are very capable of filling Perkins’ shoes.

Here is a break down of the shot selection in game 6.

Obviously, there were a lot of rebounds of errant jump shots, meaning bigs under the rim aren’t the only rebounders. All 10 guys on the floor will have the opportunity to grab rebounds, and need to. This is where the boost the home crowd gives Lakers role players should be a factor.

With both teams very focused on hustle and effort, it is very likely there will be plenty of fouls, particularly while rebounding. That means it highly likely foul trouble will be a factor as well.

I would HATE to see a historic moment in Finals history determined by a no-call or a bad call. Hopefully David Stern will wake up to the fact that this is the age of high definition broadcasts and 65+ inch televisions. With slow motion and multiple angles, the audience at home often gets a better look at the play than the officials on the floor.

Even a big Laker lead in the second half shouldn’t be taken for granted. Remember 2008? The Lakers were up on the Celtics 24 points in the second half in game 2 of the Finals, and managed to lose to a very hungry Boston Celtics team.

The team that defends and rebounds will certainly have the best chance at winning, however both the Lakers and the Celtics have players with the ability to go nuts and be unstoppable. Will we see one of those kinds of performances overcome solid team play tonight?

Truly, tonight’s game is unpredictable, which is why I am predicting…

That it will have a HUGE television audience tuned in to see how the story ends!